Why did the angels appear to lowly shepherds? They came from a despised class of people who were considered unreliable witnesses in court. Jesus came to build a community where no one is despised based on social/economical reasons.

The hills where sheep were wasn't considered a holy place, yet that's where angels made their announcement. Scripture doesn't indicate that they cleaned up from their work before seeing Jesus, they went there quickly/directly and as they were. Jesus was in a lowly manger - not a place we would think should be fit for a king. God will encounter you in any place he chooses.

The miraculous sign given to the shepherds sounds unexpectedly mundane: a baby in a manger. Yet, this was delivered by angels! The Lord, one higher than the angels, came in a humble form so that a commoner would not be afraid to approach him. God revealed himself to them and they began to tell others.

There wasn't room in the inn for Jesus, but there is room for us to come to him. 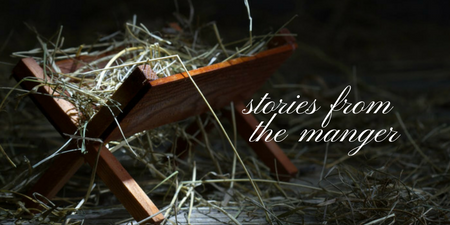 Stories From the Manger 2017

4. The Cradle and the Cross

3. Lessons From the Exalted Angels