The birth of Jesus, although it was to be a time of rejoicing, it brought about the death of many children because of a paranoid ruler.
Joseph was a simple carpenter. Mary being pregnant with Jesus almost cost him his marriage to her, and it probably caused social issues with those around them. Then Jesus' birth they were put in danger and had to hide.
Joseph was blessed with the guidance of God. Joseph was obedient to God and acted immediately when he heard the from God. He was consistently faithful without complaint.
God gave orders to Joseph and Mary, and he also provided for them. He guided the magi to the family and so they would have resources for their trip.
Matthew mentions several prophecies that Jesus fulfilled in his early life. God put in motion the pieces to make it all work out. The decree from Ceaser caused Joseph and Mary to be in the place where the Messiah was to be born. The family had to flee because Herod was trying to kill Jesus, and the angel told them when and where to go. After Herod's death, his son (another evil man) was in charge, which leads Joseph to bring his family to Nazareth. Even though evil was trying to stop the Messiah, they ended up contributing to fulfilling the prophecies for Him - just as God willed.
There is sorrow in the Christmas story, but it is ultimately a story of hope. There is evil, but God overrules it and can use it in the advancement of His kingdom. 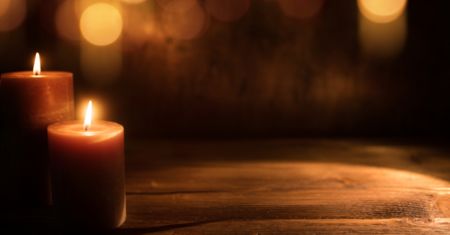 The Dark Side of Christmas

When Did He Come

He Came But How Part 1