For Israel, God is the one true king and the hope of their nation - only Jehovah will reign. For them, "Thy Kingdom come" was a way to keep their hope alive for the day when God would come and judge His enemies and give salvation for His people, as He promised.

Jesus gives us 3 priorities: thy name, thy kingdom, and thy will. If we're not praying for the kingdom of God first, then our priorities are not aligned with God's plans.

When we pray this prayer, we must remember that His kingdom has already come (when Jesus was on Earth, He was the king and so His kingdom was there). Jesus addressed the false assumptions that people had about the kingdom of God through his parables. Pray that we may receive understanding about what His kingdom really is, and that He may be the king over and in us. In everything we say and do, we ask that God's influence will be known. 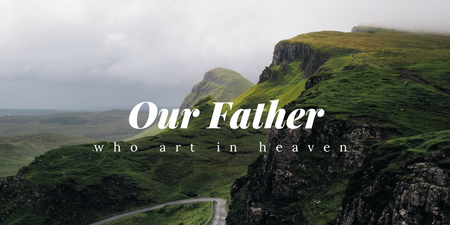 Lead us not into Temptation

Give Us This Day Our Daily Bread

Thy Will Be Done