Slavery predates Christianity and it has occurred across the globe.  This doesn't make the treatment of many slaves any less horrific, however, merely telling slaves to revolt would have led to a bloodbath. Paul does highlight regulations for this institution until people's hearts are able to change how society is shaped.

The most common ways to become a slave at the time was through war (and subsequently being born into it) or poverty. Some would also choose to become slaves as some masters were able to provide shelter, food and even education. In Rome, some slaves were in wealthy/influential positions, like doctors.

The Bible does not condone slaves as a result of kidnapping. Paul writes of this as well (1 Timothy 1:10). (Ephesians 6:5-9, Colossians 3:22-25) While Paul doesn't explicitly ask slave owners to free their slaves but he does say they should treat them with brotherly respect and for slaves to work wholeheartedly.

Paul reminds them that we are all created in the image of God and in Christ we are equal in matters of faith (Galatians 3:26-28). God loves everyone because they are his creation; nationality, race, gender, social status have no effect.

(1 Corinthians 7:20-24) Paul reminds us that God can use you no matter your situation, but those able to gain freedom should. So when he writes to Philemon he may be hinting for him to allow Onesimus to go free. 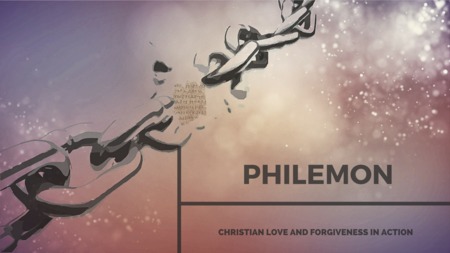 3. The Gospel in Action