There was a new pharoah (change is not always good). He didn't know Joseph (could be ignorant to history, or could have been choosing to disregard how the God of the Jews saved Egypt). This battle isn't between pharaoh and Moses/Israelites, it is a battle against God (God identifies with His people and has a plan for them).

Tyrants hate the growth of God's people. The fear of the Israelites "escaping the land" may mean that they might outgrow it and take over.

Pharaoh starts a campaign of (ungrounded) fear against the Israelites in order to manipulate his people and justify mistreating God's chosen people.

Remember, just because a situation leads to suffering does not mean it is not part of plan. God instructed His people to enter Egypt, even when it would lead to their oppression. The more pharaoh tries to persecute the people, the faster their population grew. With this growth, the Egyptians' hate for them also grew.

Pharaoh's plan failed, so he tries to kill all the sons being born to reduce the threat of future warriors who could rise up against them. The midwives feared God over pharaoh, and disobeyed the king. Pharaoh was so concerned about bringing down the male soldiers, he underestimated the courage of two women who had faith (don't underestimate your position in life, God is able to bring about great things with those who trust in Him). God blessed them for saving lives.

Pharaoh's plan failed again. He commands his people to do what the midwives refused; genocide. He ordered the boys to be thrown in the Nile.

God is on the side of His people, and He will thwart the enemy. He tells us that persecution will come, but He is victorious in the end. 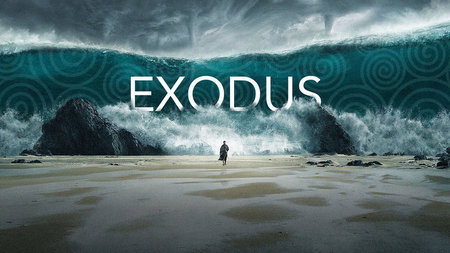